The Institute of Public Accountants (IPA) has recommended a zero per cent tax rate .....

.......for some small businesses, a move it says will drive productivity and future economic viability. 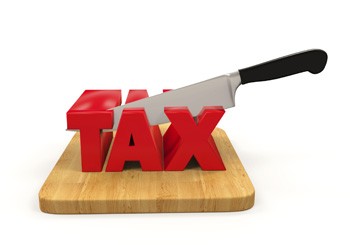 Under the recommendation, for at least a specific period, the income tax rate for new small business start-ups would be zero.

According to IPA chief executive officer, Andrew Conway, addressing the small business tax rate is a vital step forward if Australia is to protect the viability of the most critical sector in the economy.

“It must be recognised that the long-term wellbeing of the nation is dependent on the productivity and growth of the small business sector."

“Taxation and the associated regulatory burden is a key factor in strangling small business efficiency and productivity."

Mr Conway suggested lowering the tax rate and scrapping a number of inefficient tax concessions will drive up efficiency in the Australian economy.

“If we remove the inefficiencies in the tax system and apply a much lower or zero tax rate to small business instead of multiple tax concessions, we would gain greater productivity and efficiency levels and a healthier economy.

“There would be significant scope to redirect some of the existing tax concessions to new start-ups or entities in early growth to encourage entrepreneurial behaviour, drive economic growth, as well as improve productivity and competitiveness,” said Mr Conway.

The IPA said that if Treasury cannot currently afford a zero tax rate then it supports a substantially reduced income tax rate.