Despite the persistent warnings, there continues to be a range of difficulties associated with binding death benefit nominations (BDBNs) ......

........ so it’s important SMSF practitioners and their clients are aware of the common traps. 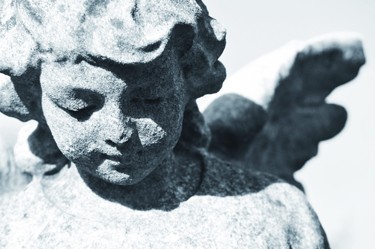 Unfortunately, there is a tendency for people to nominate those people who are close to them as a beneficiary of their superannuation death benefits. However, the nomination will fail if they do not fit within the definition of dependant. It may be obvious, however, this type of problem often occurs in practice.

Section 59(1A) of the SIS Act allows a member to give notice to the trustee of the superannuation fund requiring the trustee to provide death benefits to the legal personal representative and/or the dependants of the member on their death. Reg 6.17A then sets out the requirements for a valid Binding Death Benefit Nomination. The nomination must:

The wording of Reg 6.17A often causes significant problems. Reg 6.17A states that the document must be dated not only by the member but also by the two witnesses. One of the first things a lawyer will do is look at the dating of the document since often the document has been clearly dated by one person only – often the member themselves or one of the witnesses to the document. If the three dates look like they have been written on the document by the same person then it is likely that the Binding Death Benefit Nomination will be invalid.

In Donovan v Donovan [2009] QSC 26, Justice Fryberg stated that superannuation legislation is convoluted and that it is easy for trustees and members to make mistakes. In Munro v Munro [2015] QSC 61 the nomination was invalid because the member (a lawyer who obviously did not practise in this area of law) wrote the words, "trustee of deceased estate". Does "trustee of deceased" mean legal personal representative as defined in Section 10 of the SIS Act? In this case, the court found that it did not and the nomination was not binding on the trustee.

Another area where problems can occur is where there is in place both a BDBN and an automatically reversionary pension. What happens? The answer is not clear and again will require a thorough reading of the trust deed. However, the solution is easy – hardwire the trust deed to create certainty.

Some trust deeds allow a member to put in place a death benefit rule or what is colloquially called an SMSF will. These types of documents are typically non-lapsing. However, if they are put in place it is absolutely crucial that they be reviewed regularly as unforeseen consequences can occur if circumstances change. They should be reviewed annually when the financial adviser sits down with their client. However, non-lapsing nominations like death benefit rules and SMSF wills have significant advantages as they will continue to be effective in the case of incapacity. Remember that a BDBN cannot be renewed if the member lacks capacity.

There is considerable argument as to whether an attorney can make or renew a BDBN. The argument will continue until legislation considers the situation. However, some trustees do accept BDBNs from the attorney for a member. I would strongly recommend that specific clauses be inserted in the member's power of attorney in this regard. It may also be prudent to amend the trust deed for an SMSF to state that the trustee must accept a BDBN for a member's attorney.

In conclusion, it is the writer's view that the implementation of a valid BDBN is far more difficult than is necessary. However, superannuation is now commonly a significant asset when organising a client's estate plan. If financial advisors and lawyers work closely together to advise clients appropriately and put in place well drafted documents, there is no reason why the use of BDBNs cannot be an effective estate planning tool.