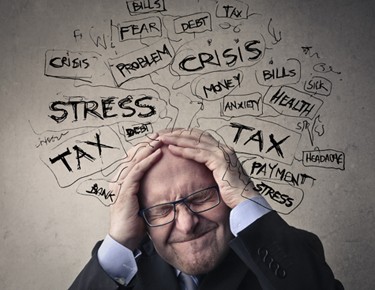 Ensuring clients make the most of the contribution caps is one of the most important parts of tax planning, so what mistakes prevent clients from claiming deductions for personal superannuation contributions?

Commencing a pension too quickly

A Section 290-170 notice is not valid “if the trustee or RSA provider has begun to pay a superannuation income stream based in whole or part on the contribution”.

For estate planning purposes, Peter wants to keep these contributions separate so that he can direct taxable benefits to his spouse and tax-free benefits to his children. He will achieve this by commencing separate pensions immediately after the above amounts are contributed.

Note that even if only part of the client’s contribution has been used to commence a pension, the notice is invalid for the entire contribution.

If Harry were to retire at age 55 when Sally was 50, then they (as a couple) would not be able to access Sally’s benefits until Harry was 65 by which time Sally will be 60.

Naturally, Harry and Sally are keen to split their contributions to their spouse with the lower preservation age. However, they need to be careful to ensure the fund trustee receives the Section 290-170 notice prior to receiving the contribution splitting request.

Rollover of a benefit

As the trustee has not received the Section 290-170 notice at the time of the lump sum withdrawal, it is unaware that part of the contribution is its taxable income. As a result when the lump sum payment is made, a disproportionate amount of the withdrawal is classified as a tax-free component in the hands of the member.

The reduction in the member’s deduction available under Section 290-150 is made to reflect the proportion of the original contribution that is still retained by the fund trustee at the time the notice is received.

Limit on the deduction you can claim

Another factor that needs to be taken into account is the fact that Section 26-55 of the ITAA97 limits the amount of personal contribution deductions that can be claimed under Section 290-150 of the ITAA97.

The limit, in this case, is the amount of net assessable income that remains after deducting all of the member’s allowable deductions, except prior existing tax losses and farm management deposits.

In other words, a deduction cannot be claimed under Section 290-150 of the ITAA97 to the extent that the deduction would give rise to tax losses for the current financial year.

So, members need to be careful when lodging the Section 290-170 notice that the deduction claimed does not exceed the member’s assessable income for the year to which the notice relates.

The fact that there is a limit on the self-funded deductible contribution that can be claimed as a tax deduction means that a fund member will need to estimate their assessable income for a year, before lodging the Section 290-170 of the ITAA97 notice.

This delay in lodging the notice then leads to some of the errors above, for example, a benefit is rolled out of the fund before the notice is issued to the fund trustee by the contributing member.

So, care is needed to ensure that before a decision is taken that will impact the accumulated benefits in a fund the member ensures that all of the requirements of Section 290-170 of the ITAA97 are complied with.