The ATO has warned businesses in the cash economy are a major focus area for the regulator as it ramps up its scrutiny of third party data, in an effort to ensure a fair marketplace for businesses doing the right thing. 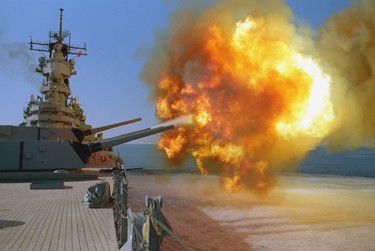 Looking ahead to 2017, ATO assistant commissioner Colin Walker told AccountantsDaily that the ATO will continue to home in on the cash economy.

“We're very much looking at the cash and hidden economy,” Mr Walker said.

“That is a major focus for us and in the past it would've been viewed as catching people who are involved in the cash economy. The focus these days is very much around protecting the honest businesses from unfair competition.”

Mr Walker said the ATO now understands that it needs to deal with the impact of wrongdoers on law-abiding businesses.

“We don't want to have a situation where businesses are struggling because they are suffering from unfair competition,” he said.

“So we're very focused there in areas such as the restaurant and cafe, hair and beauty, and building and construction [sectors], and other areas such as the sharing economy industries will be focuses into the future in that space.”

IPA senior tax adviser Tony Greco added that the increased amount of third-party data available to the ATO is helping to facilitate its crackdown on the cash economy.

“For small business there are benchmarks: the cash economy benchmarks, for example. They've been up and running a while and they use those quite extensively,” Mr Greco said.

“If a business is looking like it’s under-reporting income or is not as profitable on paper as the average, then what they'll do is they'll match that up with other data.”

Mr Greco said third-party data is useful because the benchmarks are averages and don’t take into consideration factors like location and number of hours worked.

“So there's a lot of third-party data making its way into the ATO and the ATO has that at its disposal, and it also has the ability to ask for information,” he said.

“It can go to eBay, it can go to Airbnb, it can go Uber, and it can basically suck up all that information and then compare it to its record of activity that has been lodged,” he said.

“There's no limit to the amount of data. The issue nowadays is how effectively that data is mined, what's coming in to the black box and comparing it to what returns have been lodged.”