Car salary packages and the deductibility of after-tax running costs

Including a car in a salary package is a popular remuneration arrangement, and doing so as part of a salary sacrifice package will often give rise the a “novated lease”. 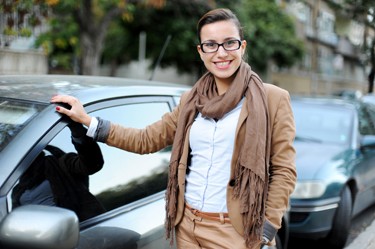 Costs in operating the vehicle can also be salary sacrificed.  This is typically referred to a fully novated lease.

A novated lease is a three-way deal – between an employee, a financier, and the employer. The employee owns the car, and the employer agrees to make lease repayments to the financier plus pay for any running costs for that car as a condition of employment.

Under a novated lease, apart from paying for the car lease repayments, the employer would usually pay for the car’s running costs, such as fuel, maintenance, registration and car insurance. For example, some employees are given a fuel card to help pay for petrol.

A car fringe benefit arises under a full novated lease arrangement. The employer is required to determine any FBT liability using the statutory formula method as the default, or alternatively elect to use the log book method.

To reduce the FBT payable on the benefit, the running costs will be paid by the employer company from a combination of an employee’s pre-tax and post-tax income under the salary sacrifice arrangement.

A question commonly asked is whether the running costs incurred by the employee from their after-tax income are deductible in their personal return.

And if so, can the employee use one of the two methods prescribed in the legislation (that is, the cents per kilometre method or the log book method) or otherwise, to claim a deduction for car expenses?

In particular, a deduction for “car expenses” is denied where:

A “car expense” is defined under legislation to include any loss or outgoing to do with a car (including costs in operating the car and its tax depreciation). Note also that the deduction is denied for car expenses that are incurred:

Also, as noted, a deduction is not allowed if the car is used by a relative such as a spouse, a parent or a child.

In this case, the running costs incurred by an employee from their after-tax income in relation to the car fringe benefit would not be deductible to them. In other words, they cannot claim a deduction for those costs – whether by using one of the methods mentioned above or as a general deduction.

This applies because the vehicle, under the novated lease arrangement, was provided to the employee for her exclusive and private use.

Notwithstanding the above, an employee may still benefit from the arrangement. The after-tax contributions towards the car’s running costs reduce the amount of FBT that they would have been required to salary sacrifice as a component of the total remuneration.