The ATO is continuing to crack down on the incorrect use of the Research & Development Tax Incentive program, issuing an additional two taxpayer alerts. 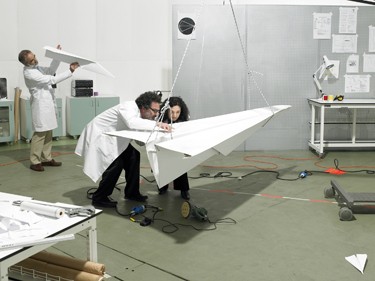 The ATO, together with the Department of Industry, Innovation and Science (DIIS), is continuing to crack down on the incorrect use of the Research & Development (R&D) Tax Incentive program.

On 9 February the ATO issued TA 2017/2 and TA 2017/3 to warn those seeking to deliberately exploit the R&D Tax Incentive program, but seemingly it wasn’t enough.

While the original two alerts focused on specific concerns within the building and construction industry, the new alerts relate to behaviours noticed in the agricultural, software and IT industries, according to the ATO deputy commissioner Michael Cranston.

Mr Cranston said they are seeing businesses in the agricultural, software and IT industries incorrectly claim ordinary business activities as R&D activities and R&D expenditure.

“These taxpayer alerts are a continuation of our efforts to work with industries involved in R&D to ensure their claims are valid, and through compliance activities and legal actions, address businesses and advisors deliberately doing the wrong thing,” Mr Cranston said.

“We acknowledge that the vast majority of people claiming this tax incentive are doing the right thing. We are focusing our efforts on the small number of people who are deliberately trying to exploit the system.”