Borrowed money to pay a business tax debt? Is the interest deductible?

It was about 1990 when the ATO was asked about the tax deductibility of interest on a loan a business may have taken out to repay a tax debt. 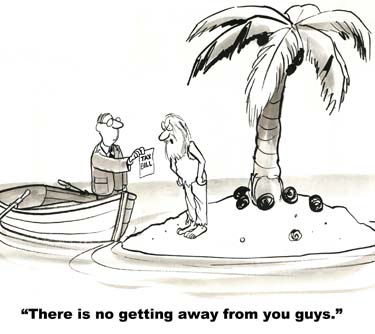 It was the third time, according to ATO records, that the matter was raised. Of the two previous requests for clarification, one was made as far back as 1951 and the other even further back in time, in 1921.

The 1990 query resulted in the ATO issuing a taxation ruling to put the matter to bed, which has stood ever since. There are however curly caveats and conditions attached.

By way of background, the ATO admitted in its ruling that there were, and are, a number of “practical difficulties” associated with denying such a specific deduction for taxpayers carrying on a business. The difficulty goes right to the heart of the Income Tax Assessment Act 1997 (ITAA97), although at the time of the ruling’s issue some of the relevant sections were still in the Income Tax Assessment Act 1936.

The “difficulties” the ATO refers to come about due to the fact that paying a tax debt is neither of a capital nature nor done to gain “exempt” income.

The above tax ruling says: “Where a taxpayer carries on a business for the purpose of gaining or producing assessable income and, in connection with the carrying on of that business, borrows money to pay income tax (whether to preserve the assets of the business, maximise the return on them, retain sufficient money to fund the business or otherwise) then it is considered that the interest incurred on those borrowings is a normal incident of conducting that business.”

“That is, such an expense is an expense incurred in carrying on that business and hence qualifies for deduction under the second positive limb of subsection 8-1(1) of the act.”

Care needs to be taken however, as the ruling would not apply to interest on borrowings that are not connected with the carrying on of a business for the purpose of producing assessable income.