‘Hundreds’ to be contacted in ATO early super compliance blitz

Hundreds of Australians who applied for the COVID-19 early release of superannuation are set to be queried on their eligibility as the ATO kicks off a pilot compliance program. 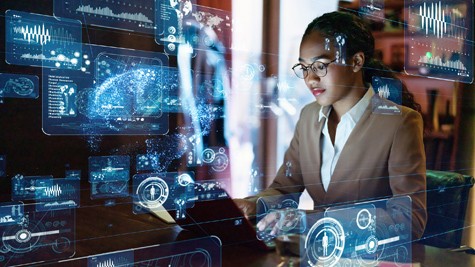 The ATO will now contact “hundreds” of people who appear to have been ineligible for the early release of super but have gone ahead to raid their retirement savings.

The pilot examination will see 130 ATO officers personally contacting people to confirm and prove they have met the eligibility requirements, including by having been made redundant or seeing their working hours reduced by 20 per cent or more.

The initial examination will help the ATO decide if it will need to design a broader compliance program.

“For example, just to make it real, if we write out to 500 people and it turns out that 490 of them were eligible and only 10 were ineligible, we might say, ‘Well, look, the level of ineligibility is so low it’s not worth doing a big compliance program’,” ATO second commissioner Jeremy Hirschhorn told a Senate committee.

“Conversely, we might write out to 500 people and find out that 200 were ineligible, but we’ve worked out a signal to clearly identify those people, and then we’ll do a broader program.”

Mr Hirschhorn said data matching from external sources, including Services Australia, would help it identify those who were ineligible, but admitted that there would be holes in its information.

“We have information from systems in relation to things like how much people have been paid under Single Touch Payroll or whether they are in continued employment and whatnot,” he said.

“That information is informative but not determinative in relation to eligibility.

“For example, one of the tests is based on hours, it’s not based on remuneration. There are various tests on why you can be eligible. We have information which gives us hints that somebody may not be eligible, but it doesn’t tell us that they’re not eligible.”

The Treasury now expects $41.9 billion to be removed from the super system following the extension of the scheme to December, with $31.9 billion withdrawn as of 28 July.

Mr Hirschhorn said the scheme was designed on a self-assessment system, and a compliance program could not be enforced at the time of application because the ATO would not have live information of a person’s circumstances.

“It’s based on self-assessment. We work on the assumption that Australians are honest,” Mr Hirschhorn said.

“This is about getting emergency money to people. So, we will never have enough information to reject quickly. We will give people their money on the basis of their say-so.

“We don’t know yet whether, for example, they’ve been terminated, they’ve lost their job. We don’t know at the time they apply. We might have reasonable information a month later, when the next Single Touch Payroll comes in. So, that’s why it’s based on self-assessment.”

Mr Hirschhorn also noted that the ATO has yet to issue any fines or revoke the determination on a person’s eligibility and require the withdrawn super amount to be included as assessable income.

“There are a range of consequences. Again, where we think somebody has made an honest mistake as to their eligibility, and particularly where they voluntarily disclose that to us, we are unlikely to impose significant consequences,” he said.

“The next phase is if we withdraw our declaration, so they will have to pay tax on their superannuation at their marginal tax rate, and that is a reasonably significant consequence for many.

“In the worst cases, we can impose penalties for misleading statements, and that is up to $12,600, which is a very significant penalty when you have withdrawn $10,000 of your own money from super. So, there are a range of consequences, but again, we moderate those consequences depending on the deliberateness of the action.”